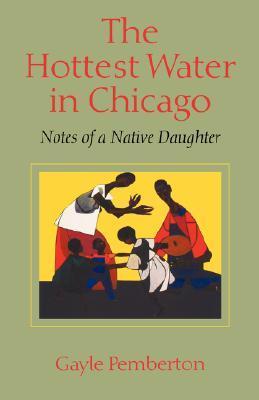 The Hottest Water in Chicago: Notes of a Native Daughter

My father died sometime during the wee morning hours of November 12, 1977. He had retired just a few months before and had been ill for longer than that, although none of us really admitted it. He was a “race man” – that is, for almost all of his adult life he worked for an organization that promotes racial equality. Because of the nature of his life, and because he was my father, I had always wanted him to write his memoirs. The whole family thought it a good idea and an exciting project for his retirement. It was agreed, just between my father and me, that I would help him write them.

In the early evening of November 12, 1977, I found three sheets of yellow legal paper on top of the television, sandwiched between a couple of Good Housekeeping and Ebony magazines. In my father’s patented scrawl were the beginnings of his story. It went something like this:

When I was ten years old I had a job cleaning shit off the boots of black stockyard workers in Clarinda, Iowa. There were three kinds of shit on them: sheep shit, horse shit, and chicken shit. Sheep shit is the worst of all and was nearly impossible to get off.

I haven’t researched it myself, but I believe my father, and since reading those pages I have avoided sheep shit like the plague.

He hadn’t had a chance to retire. He went from work to the throes of death. He hadn’t had a chance to write more than those three pages. I will always wonder whether my reading of his work is correct: that for him, at least, talking about real shit was an appropriate beginning of a life that was steeped in all kinds of it, both real and figurative, and a lot messier than the sheep variety. I will always wonder, too, because I never heard him say the word shit.

The Hottest Water in Chicago: Notes of a Native Daughter
“Luminous social history, at once familiar and transcendent”
–Publishers Weekly

“Hello, Stranger”
Casual encounters between black and white women reveal deep and vexing cultural issues.
“Do He Have Your Number, Mr. Jeffrey?”
Down and out in Los Angeles, Pemberton reflects on family memories, and the only black character in Alfred Hitchcock’s Rear Window.